The annual report for BC Children’s Hospital Foundation is the main stewardship publication for the many donors that give to the hospital. Since my time at the Foundation I have worked on five annual reports; four of which have been recognized with a first place achievement for top annual report at the Health Care Public Relations Association Awards. The 2014/15 report had yet to be submitted for consideration.

The 2013/14 annual report concept revolves around the completion of the $200-million Campaign for BC Children which was the largest fundraising initiative in BC at the time. More than 80,000 donors from across BC contributed to help build a new acute care facility at BC Children’s Hospital. The design of the report celebrates the achievements of our donors and communicates the future impact of the new building with the appropriate use of engaging infographics, bold photography and a well-considered typographic approach. 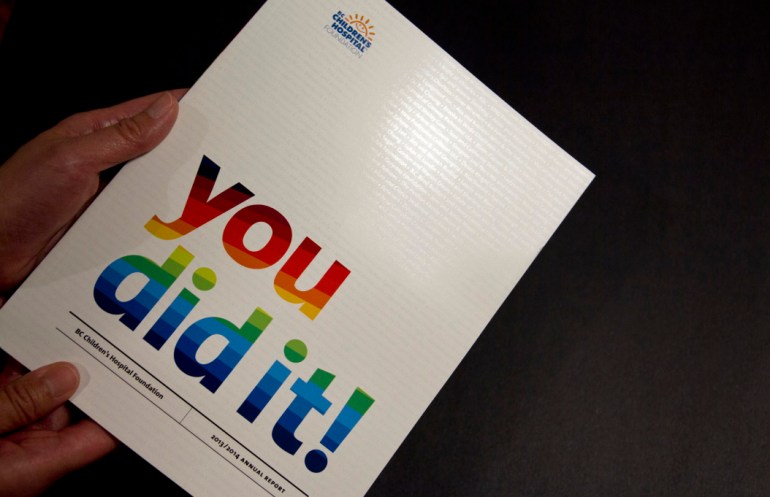 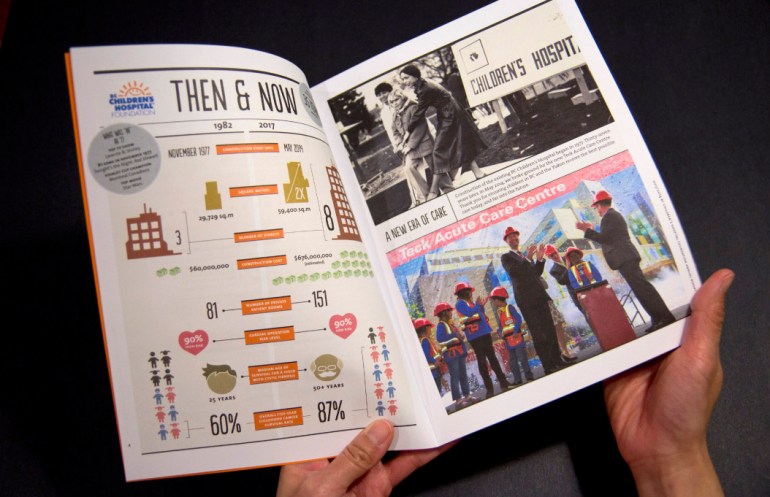 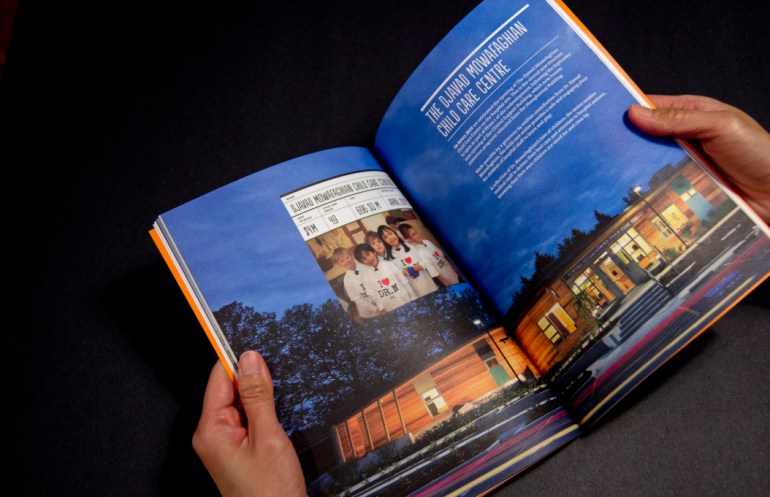 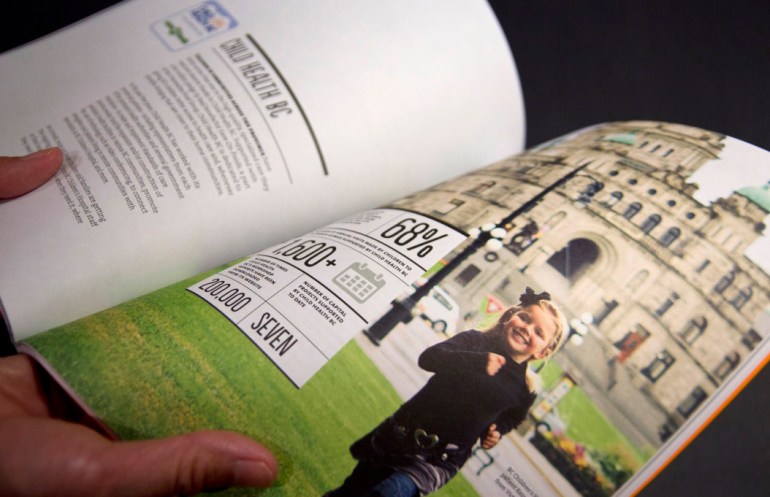 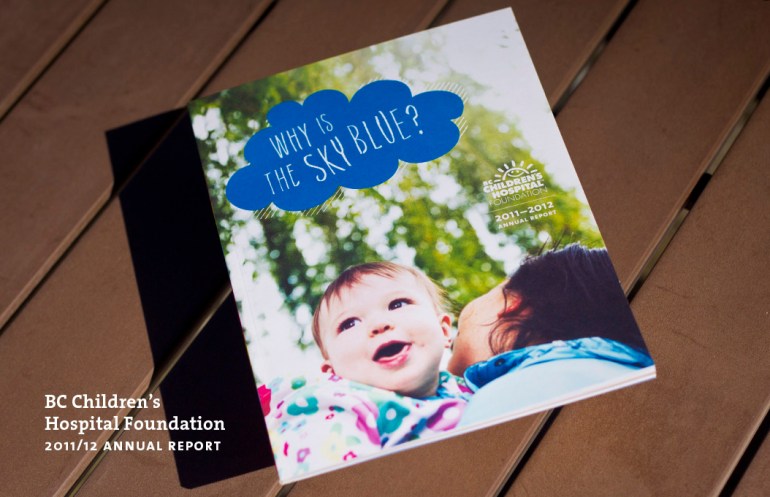 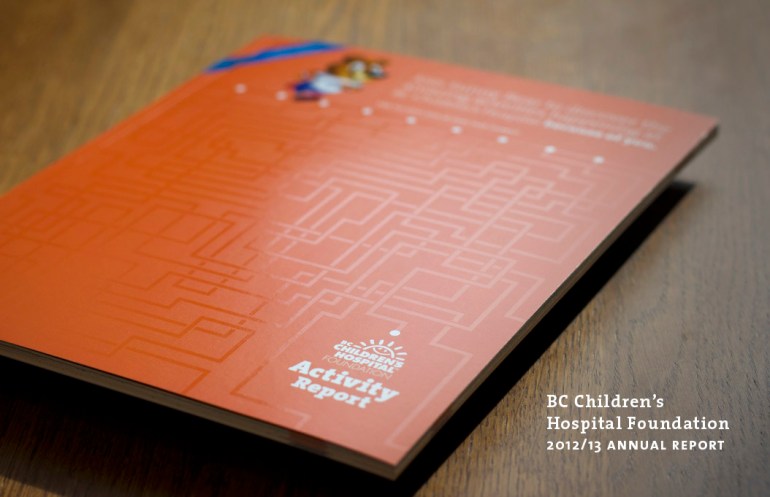 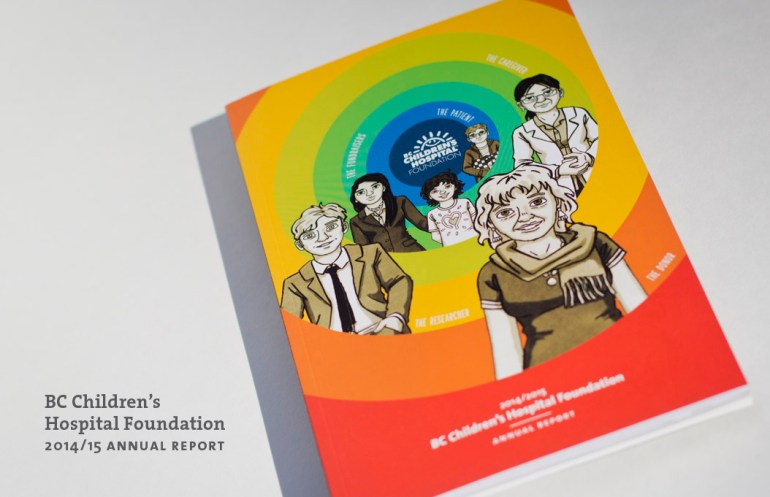