For Children We Care
gala event

For Children We Care is one of three annual fundraising galas put on by BC Children’s Hospital Foundation. In collaboration with the Chinese-Canadian community, the event has helped raise over $13-million for research equipment & programs at BC Children Hospital since 1995. In 2015, the event celebrated its 20th year anniversary. Working with the event team and committee, I was responsible for designing and developing all the collateral needs for the event including invitations, promotional poster, print and digital advertising, event signage & environmental graphics and the commemorative 20th anniversary book & program. The concept of “The Enchanted Journey” was developed as a way to recognize the nature of the cause (supporting child health) and the efforts of the volunteers, donors and sponsors. Our team wrote a short story based on the concept that was allegorical to the theme of philanthropy. Also involved was the sourcing and art direction of a local illustrator to achieve a whimsical, paper-craft, story book aesthetic. The results were highly successful as the event raised over $667,000 in one night. 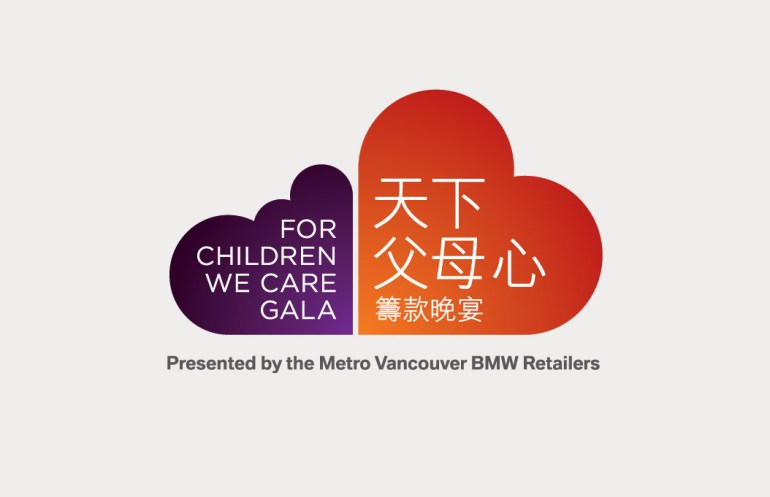 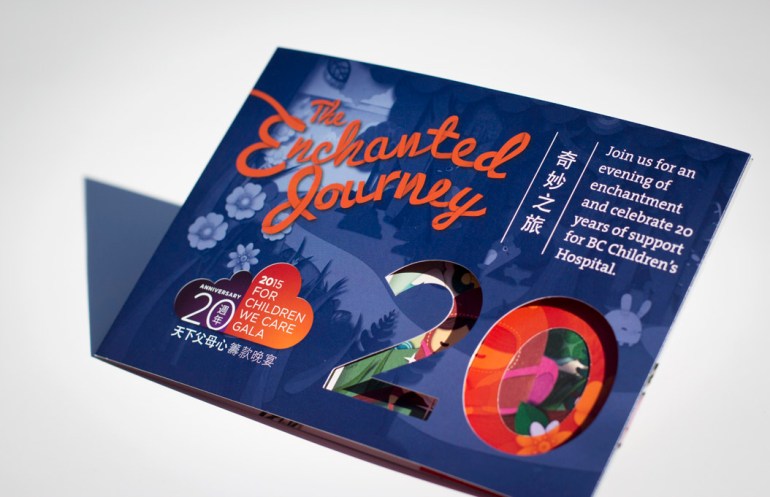 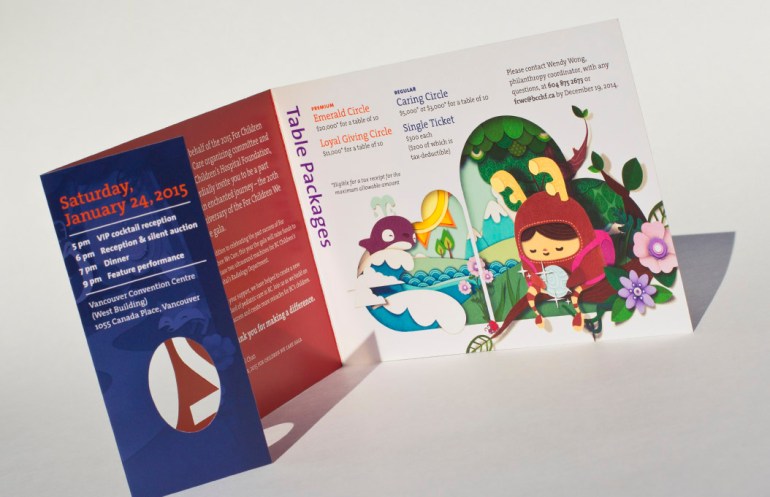 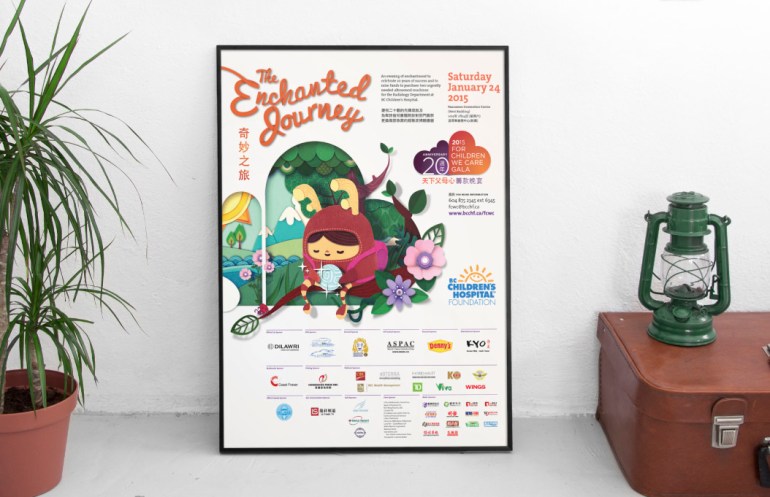 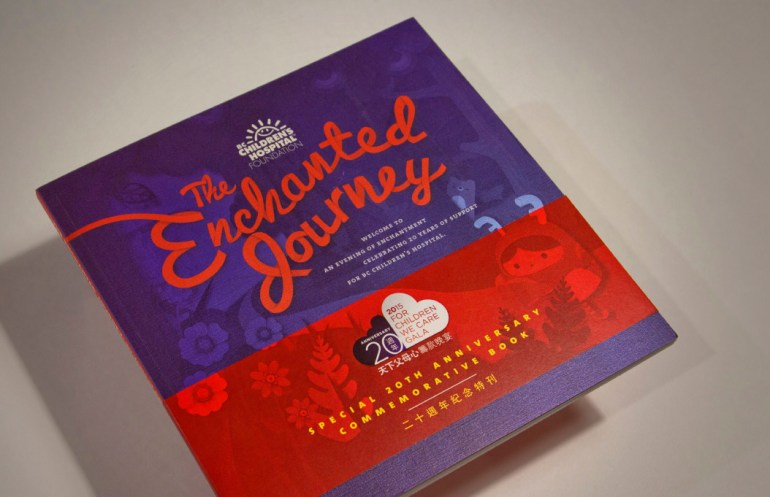 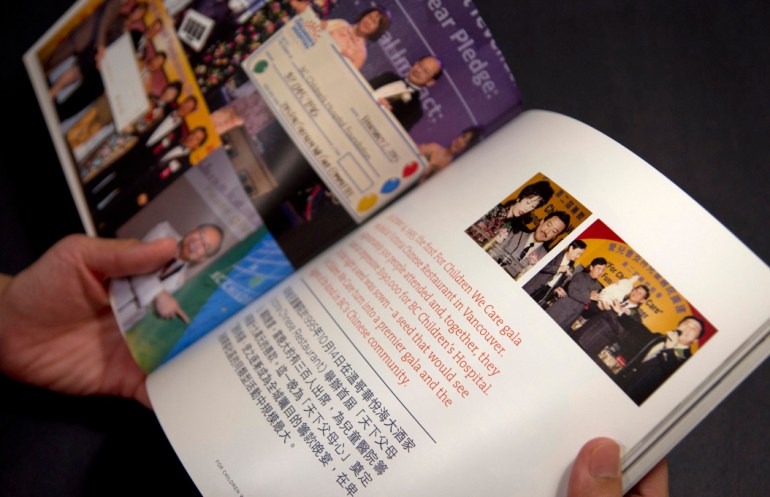 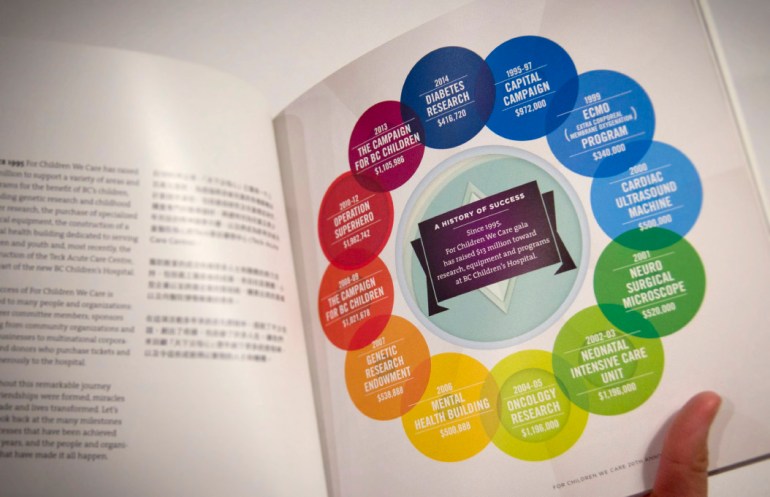